I started my day in Reykjavik doing something I haven’t done in over 3 weeks. I slept in. Now this was only until 9, but it was great waking up without a schedule. Once out of bed I walked around and found a crepe cafe for some breakfast. I had a nice little crepe with Toblerone hot chocolate to drink. After that was some shopping, dropping it off at the hotel, then going to a church. You can take the student out of Gothic architecture, but you can’t take the Gothic architecture out of the student. But before I show it, a note on the weather. Somehow it was actually sunny outside this afternoon. Somehow whenever I go places, like Edinburgh, or Conwy, the weather always turns sunny even though it should be raining. I should probably check for horseshoes before going through security. But on to the main attraction now. 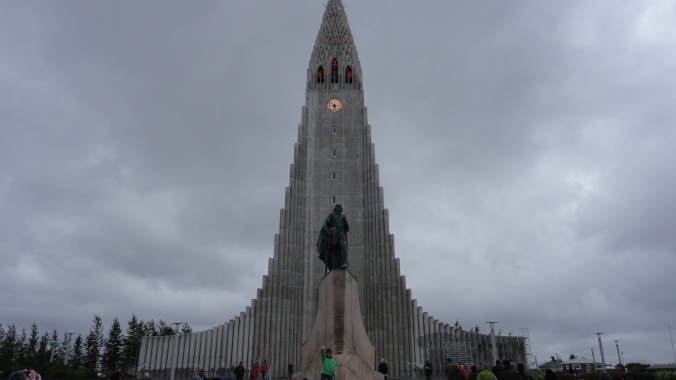 But with the change in weather and some patience, you get pictures like this.

In England this was not a luxury to be able to go back and visit buildings in better weather, except Coventry, so I ended up going back tree times to get good pictures.

This is the Hallgrimskirkja Cathedral. It was built in the middle of the 20th C and that’s about all I know about it. It’s different travelling to churches and not having an architectural historian present. But I do know what the inside looks like. 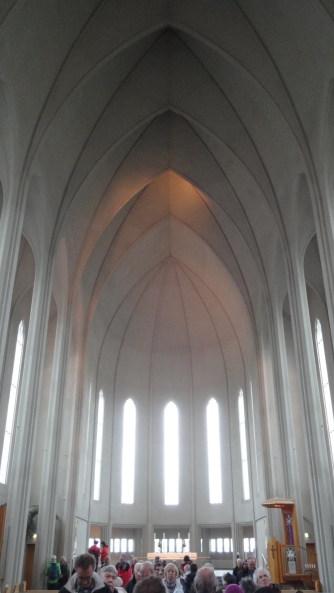 It is very reminiscent of the original Gothic cathedrals and has almost all of the hallmarks of them, save the transepts and a  few other specialized features. And because I have done a few of these before on the trip I went up the tower to take a look around. But being a modern building, the way up was quite civilized. An elevator took you up to the clock room, then a simple stair up to the viewing area. 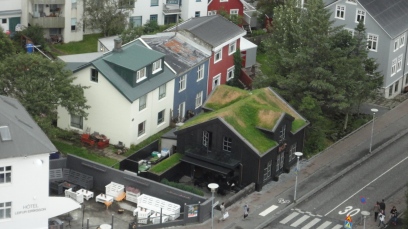 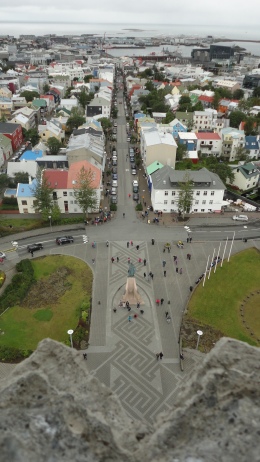 After that was out of the way I went walking around, and somehow I managed to walk into this.

Completely forget the name of it, but here’s some more pictures. 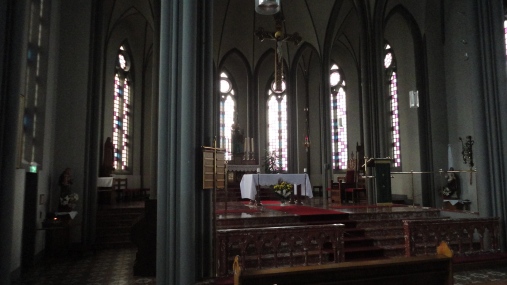 After this it came time for lunch. Now anyone who knows of my dislike of seafood will find this rather shocking, but for lunch I went and tried some local Icelandic food. Fermented Shark. 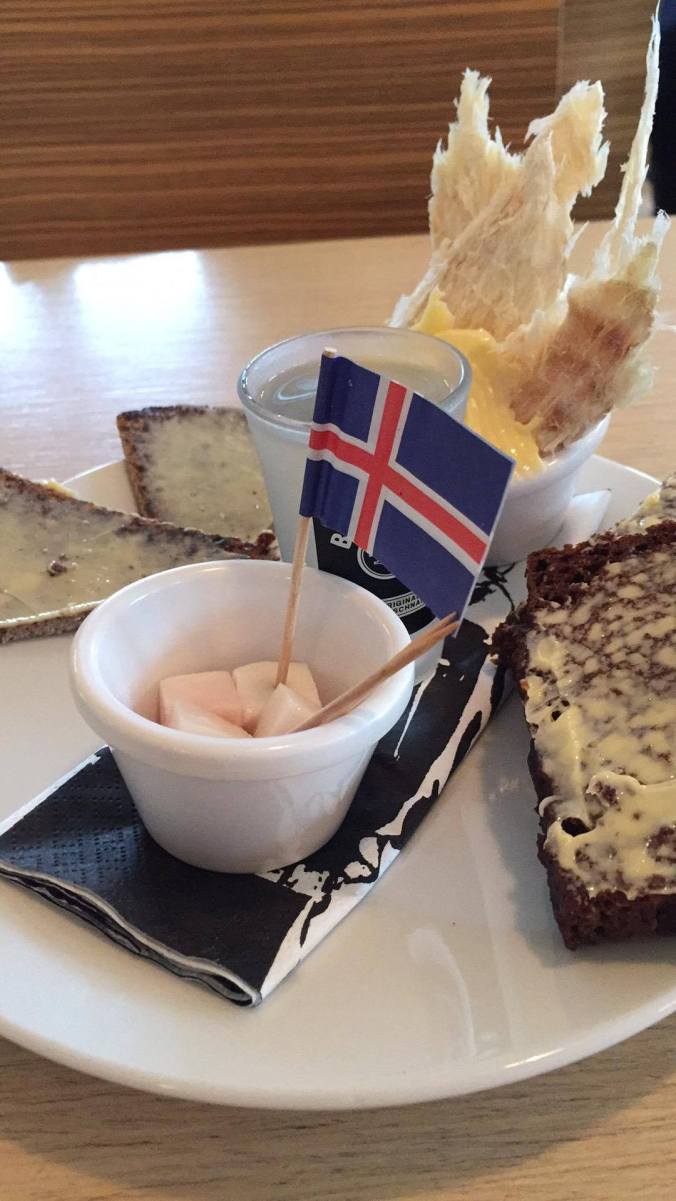 The cubes are the shark, the spiky things are dried fish (didn’t really eat those), and some rye and flat bread. I will now attempt to describe how the shark tasted. It is the consistency of a rubbery scallop, with a smell of burning and alcohol. At first it is tolerable with a slight taste of pumpkin somehow, then it starts to burn and the best way to describe the way it burned is it’s not like a strong whiskey, but like you swallowed some chlorinated pool water. And I didn’t absolutely hate it. I had all the pieces and was not unsatisfied with the meal. I wouldn’t order it again, but I tried it and was not disappointed.

So after that experience it was just back shopping and walking. Around Reykjavik there are a bunch of colourful houses and also one with some interesting graffiti on them.

Then when the sun came out I went down to the water to get some good shots of the view. 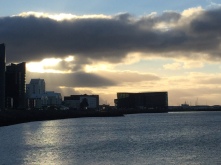 And that is pretty much all. Afterwards was dinner at a bar, then back to the hotel and writing this up. All tomorrow holds is waking up, getting everything packed and travelling back to the airport and home.

It has been an incredible three week ride. Literally walking through English Gothic Architecture and everything it holds. Climbing up towers and feeling them sway as the bells ring, being served tea in a parish church, seeing the leaves of Southwell that could make grown historians weep, going to Stratford and rowing a boat on the Avon, feeling the emotion of a bombed out cathedral, and going to Oxford. Then there’s everything that isn’t in the course. Meeting great people, going to Scotland and Wales, drinking beer and having tea with your professor, and eating everything from Haggis to Fermented Shark.

It’s come to that time where I would just like to thank everyone for their support and well wishes, especially my Uncle Brian whose idea this blog was and without whom this trip would have been a lot harder to realize. It’s been a blast, ’till next time…